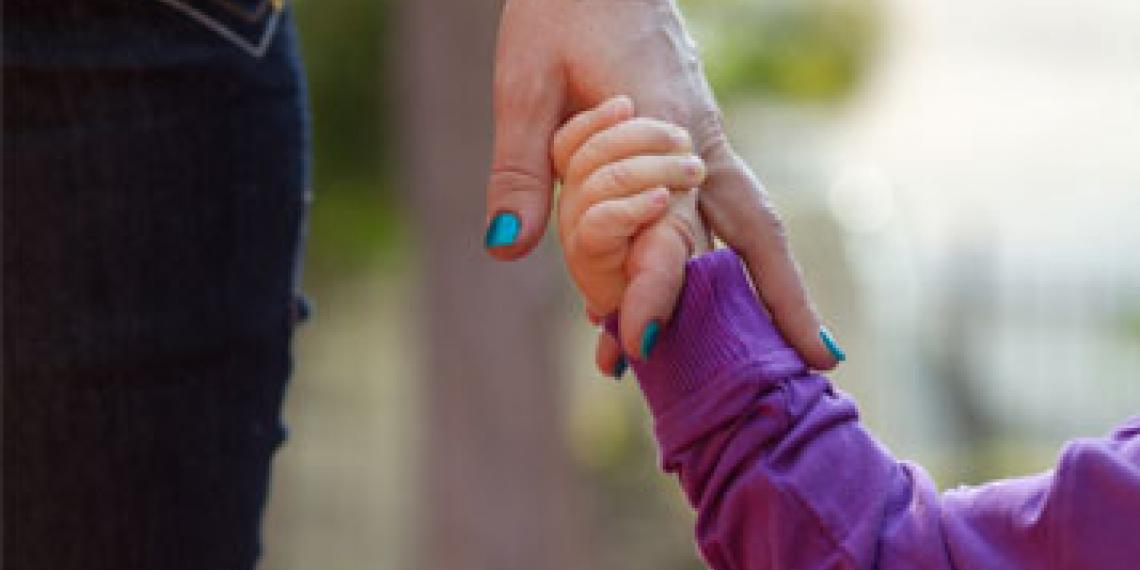 New Zealand - She's a single mum in her late 20's, she has a degree and 2 kids. Barely surviving on the benefit. She can't afford new shoes for the kids, or a car to transport them to and from school. She's paying off debt and it's a struggle. The kid’s father pays child support. It's more than her benefit, but she doesn't see a cent of it. It goes straight into the government’s pool ... somewhere? She's not 'entitled' to it until she has a job, of which there are none around.

New Zealand - She's been beaten. Black and blue, again. But not where anyone can see. She's got good at hiding the bruises now. No one knows. She's withdrawn these days. She doesn't have friends, he won't let her. She doesn't have money, he controls it. Every day his hands don't beat her down, his words do. They hit hard and cut deep. She can't escape she's trapped. Domestic Violence. It's a cycle she can't break free from.

New Zealand - It's harder for her to find a job simple because she's female. She's less likely to climb the corporate ladder if she has a family. Equal pay is a dream. Generally women earn 10% less then men.

Cameroon, Africa - A 13 year old girl has her breasts ironed by her grandmother. The purpose is to prevent her from becoming sexually active too early. Her grandmother had warmed a small grinding stone on the fire and pressed it against her breasts. The pain was excruciating. She was left with scars. If she ever has a baby, she'll most probably struggle with mastitis and other breast complications. Mutilated - physically and emotionally. Interestingly the ritual has had the opposite effect to that intended and in areas where the practice is common teenage pregnancy is on the rise.

Cambodia - She's 15. Her family had run out of money. She hears about a job as a maid in Thailand through a job agent. She and some friends travel to Thailand with him, where he hands them over to a gang who take her to Kuala Lumpa. She is a victim of Human Trafficking. She is taken to a brothel and when she refuses to sleep with her first customer, (who pays more for her, than the others in the brothel because she is a young virgin) she is beaten into submission. She is given drugs to subdue her while she sees customers. She works 16 hour days, 7 days a week. She isn't given clothes so she can't run away, and she isn't given condoms to use. She will more than likely be exposed to and contract HIV.

China - A baby girl dies. If she'd been born a boy, her chances would have been greater. If she had been born a boy her parents would have taken her to a hospital as soon as they noticed she was getting sick. That's if they hadn't already dumped her at birth. As a girl she wasn't given the same medical treatment and now she is dead. Ultrasound technicians are banned from telling parents the sex of their baby to prevent abortion of female foetuses, but instead baby girls die as infants by being denied basic necessities.

Pakistan - A young women is accused of having a love affair after being found talking with a man in a sugar cane field. She becomes the victim of an 'honour killing' when her own brother hangs her all in the name of keeping the family’s honour. It's not uncommon, other women who have brought dishonour on their families by refusing to go through with arranged marriages, demanding divorce or eloping have been hacked to death, burned alive and shot.

Yemen- She's 8 years old and a child bride. Her husband is 26. She says goodbye to an education, to the possibility of a vocation in the future. She's more susceptible to violence and abuse within her marriage relationship having married young. The risk of complications during pregnancy and childbirth increases because her body is still developing. She will quite possibly die during childbirth.

Sudan - She's 6. The midwife that was there when she was born looks down on her. Her Grandmother and Auntie are in the room to. They hold her down as the midwife begins to circumcise her with a kitchen knife. She cuts off the little girl’s clitoris. Yet another practice that is all too common, Female Genital Mutilation. They hope it'll decrease her libido. The risks associated with pregnancy and childbirth later are enormous and the possibility of ending up with a fistula is more than likely.

Congo - Rape is a tactic for war. A 4 year old girl is raped by soldiers when she tries to cross the river with her pregnant mum and sister. One after the other the soldiers do as they please with the child. Often after raping a woman or girl, soldiers will take a stick or sharp object and insert it into the woman's vagina rupturing the vaginal wall and causing a fistula. One story reported how after raping a 3 year old girl, they placed a gun into her and fired.

Ethiopia - She lacks adequate maternal health care. Her last baby died. She couldn't deliver, and after days of being in labour, finally a midwife arrived to assist. The baby had begun to decay inside her, and with her baby, the walls of her vagina and bowel. A fistula developed.  Complications like this can result during childbirth when the mother is too young and her body hasn't fully developed yet, or because of female genital mutilation. Midwives are either small in number or don't have the skills to deal with these kind of complications. Because of the fistula she has a constant flow of fluid. She smells terrible. She is cast from society, left alone in a hut out the back of the family home, or in the desert with the risk of being attacked by hyenas.

She is Beautiful. She is Strong. She is gifted. She is a Woman. And she deserves better than this!

From New Zealand to China, Ethiopia to Yemen, Congo to Cambodia, throughout the Globe women face inequality and injustice on a daily basis. Her Global Snapshot: Domestic Violence, Female Genital Mutilation, Honour Killings, Breast Ironing and Human Trafficking doesn't begin to brush the surface of the injustice. Be sure to read 'Her Global Snapshot' before reading on.

She is Beautiful. She is Strong. She is Gifted. She is Woman. And she deserves better than this!

In the midst of the dark cold hard stories and facts there is hope! In the face of injustice people are standing up and fighting for the rights of women, for their equality and for their freedom from oppression. The truth is that no matter where we are or what our situation, there is hope and we can be involved in the fight for justice. It can be really hard to know where to start, so here are five tips to get started:

Don't be ignorant, read newspapers, search the web and find out what's really going on out there. Injustice seems to be everywhere we turn. I've compiled a list of websites and resources here which confronts many of the issues raised in 'Her Global Snapshot'. Be proactive and learn about what our sisters around the world are facing each day.

As I've delved into the injustices women face, there are a couple of issues in particular that pull on my heart strings and bring me to tears (ok, so most of them make me cry, but some make me really bawl!). I've discovered a passion for maternal health and fistula repairs (maybe due to my nursing background?). Other people are driven to fight out about other issues. On the weekend I was speaking at a youth event and shared about some of the injustices in 'Her Global Snapshot', one young woman shared afterwards that after hearing about child rape as a tactic of war in the Congo, she was stuck on that for the rest of the message. It pulled on her heartstrings, it's her passion. Identify yours and then use the passion to fight for justice.

There are others fighting for justice. Others who are equipped and resourced to fight with the know-how. They are seeing success in women’s lives. Follow their facebook pages, sign up for their newsletters, get connected with them. When you do, your own understanding, involvement and influence increases.

Don't keep the information to yourself. Talk about it in your circles of friends, post statuses on facebook bringing the issues to people’s attention, let others know what's going on and how they can get involved. MAKE SOME NOISE! SHOUT OUT ABOUT INJUSTICE FOR THE SAKE OF JUSTICE.

There are plenty of organisations doing amazing work in the lives of women around the world. Get connected to them, and spend some money. Pay for a fistula surgery, finance a little girl to go to school (seriously, education is the greatest way to combat the injustices women face), micro finance a woman so she can start a business and care for her family. Check out the websites and resources for a list of organisations to get connected too. Most of them tell you how you can give.

Who knows what you'll end up doing once you get started?  Easy eh?! Change the World! Fight for Justice! Do it!

"While women weep, as they do now, I'll fight" - William Booth 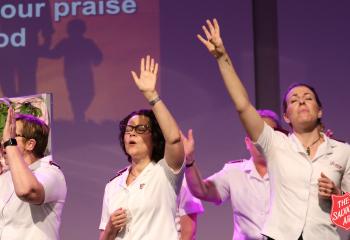 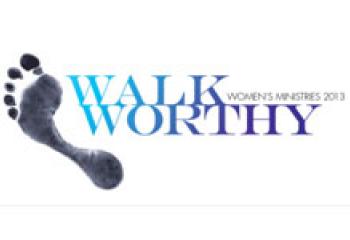 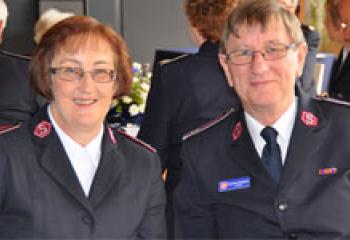 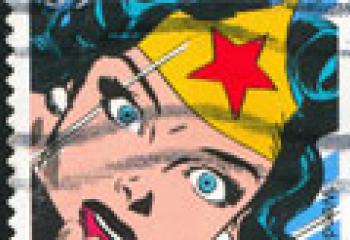